Pearl
0 Follower
this is a secondary proof of a thing which was already proved.
by anon 'bsregistration'
People found the place in Battery Park where one of the 9/11 "Plane hit the Tower" clips was allegedly captured. (broadcast by CNN, acquired by them from alleged amateur, who sold to the Networks, in this case attributed to a Los Angeles diamond dealer.) The amateur filmographer claimed his lawyer told him he could not speak about where he stood when he took the shot.
It was discovered that if you stood in the spot were the capture MUST have been taken, (and there's very little latitude for mistake since the shot was extreme zoom and any small move cause everything to stop lining-up) trees blocked the view (much as in the cases of the murders of Kennedy and of MLK - trees / bushes blocked the shot trajectories that were claimed by official alleged investigators, in both cases.
In JFK's murder, a tree was in the way of the necessary bullet path from the window where Oswald allegedly stood. (info on that was quickly covered up) and in MLK's murder, it was bushes which would've blocked the shot they claimed, which were cut down the next day (By the FBI, so some evidence supports).
The people with the big plans, who do these crimes, have no worries about "little details." To people who look close, these impossibilities or strange details stick out because they aren't consonant with how reality works (Hence, perhaps, the desire by the NWO curriculum creators to teach children that 2 + 2 can mean anything? Then 'reality' can be as you want it to be and there's no wrong answer? How convenient.)

We had a lot of shills argue on this and they ended up changing their story as to where the amateur filmmaker was standing, claiming it was higher up, on a docked Ferry (after they first declared that the filmmaker was standing on the ground next to Fort Clinton).
Begs a few questions.
It was a massive zoom; how did the alleged amateur hold the camera steady from a boat? No tripod. Hand held. Why was the shot steady under those circumstances?
And since a still-shot by a woman from AK ( Carmine Taylor) was an exact cut-out from the CNN aired footage, the shill had to claim Taylor was sitting on his lap or extremely close- this because of the extreme zoom; There's little leeway on where you can claim it was taken from.
How did they both get the exact same shot without a tripod? Zoom was massive - It's even more unlikely they were standing so extremely close to each other, since the man the vid was attributed to was orthodox Jewish, i.e. who won't touch a woman or get too close, in public.
See: one lie can set up a whole chain reaction to further lies which end up being more and more far - fetched.
The shot is already proved fake. This was just another angle to the same conclusion; just coming at it from a different angle and proving the same thing.
The template they used for the CGI cut-out scene was out of date, or maybe just poorly made; like the glitches you might see on a Google Earth shot that's out of date.
The template they created, for whatever reason was flawed, not least of all because of the trees blocking the alleged point of view and the mysteriously missing street lamps (from the 9/11 CNN view) and the insertion of a mysterious building that's not there? The rendering of the skyline was far from perfect. Also a smoking scar (black smoke) on the South Face of the South Tower appears lower than what was shown on the bogus CNN clip.
There was renovation done soon after the event (surprise!) but the street lamps were said to have remained as they were, per gardeners attendants at the site. Even if they were moved, doesn't make or break the case.
the easiest and best proof is just here
Preposterous Head of the 9/11 Mass Media Psy-op
https://tora3.com/video/c3cf233c3bd25651245423c32d42e351

Remember to buy some of Jim's products. He makes no money from this site; he's doing it for our Country and our God-given right of free speech; We re very grateful; been shut-up and shut-out for too long.
The clothing Jim sells with logos looks incredible, and Honey and Coffee are always welcome in the pantry. It's a win-win. 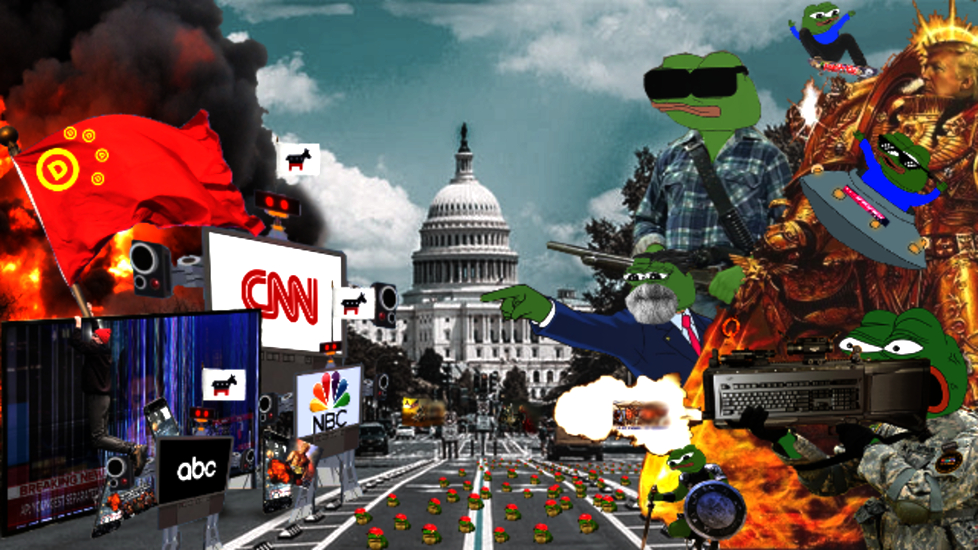